The of Lehman Brother's European operations has warned them up "may take a decade". 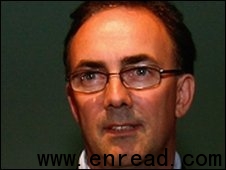 Mr Lomas is the leading administrator at Lehman Brothers Europe

PricewaterhouseCoopers (PWC) partner Tony Lomas has been leading the attempts to sort out Lehman's European network of trades and investments.

"This has been the most complex （破产） case I have ever dealt with and am ever likely to," Mr Lomas said.

So far the team has recovered ￡5.5bn, but Mr Lomas added that there are "many billions" still left to recover.

"I think we will break the back of the case in the next 30 to 36 months, but the rest of the case will continue for many years after that," he said.

Mr Lomas has worked on some the UK's biggest administration cases, including MG Rover and BCCI bank, but said the Lehman case was his biggest task yet.

PwC hopes that eventually it will be able to return money to the many Lehman around the world.

The administration team is also preparing to file a claim of around 0bn (￡84bn) against Lehman's parent company in New York.

The total includes the bn that was "swept back" to New York two days before Lehman Brothers went into Chapter 11 .

Cash from the European operation was regularly transferred between London and New York, but many felt that Lehman's London employees had lost out due to the convention.

Despite the massive claim, Lomas says he does not expect to get much of the 0bn after it has been through the US courts.

The job of winding up Lehman is , with PwC already earning ￡100m from the work it has done over the past 12 months.

The cost has increased because the have kept on many of the highest earners at Lehman Brothers in an attempt to help unscramble（整理） the company's affairs.